Despite the cold, rainy weather (in June, no less), I have summer on my mind.

The beach, in particular. 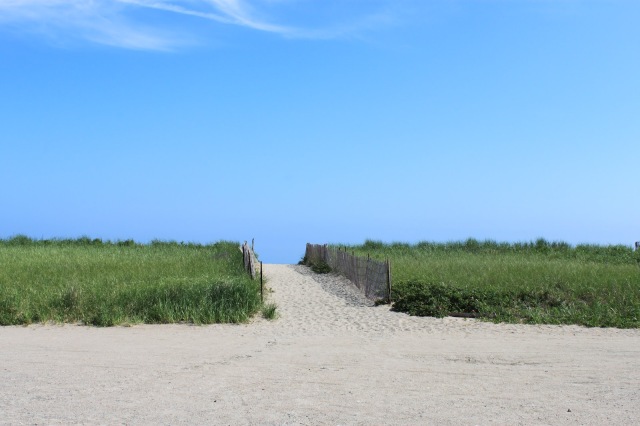 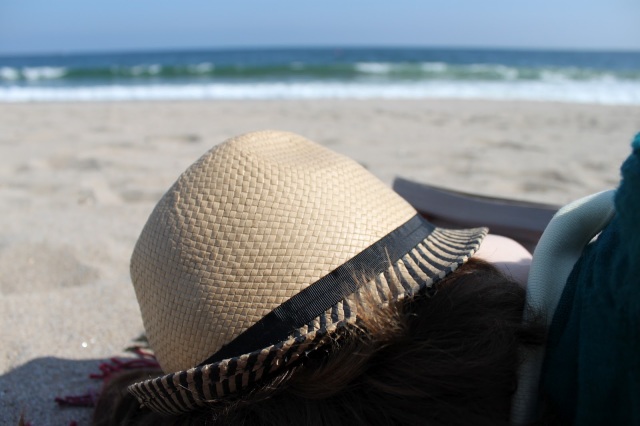 Having grown up in Ohio, where the only large body of water was Lake Erie (of questionable cleanliness), I was excited to move to a place called the “Ocean State.” Little Rhody is such a tiny state that you can get to the ocean in about half an hour or less. But for some reason, in the three years I’ve lived here, I’ve only made it to the beach a handful of times. 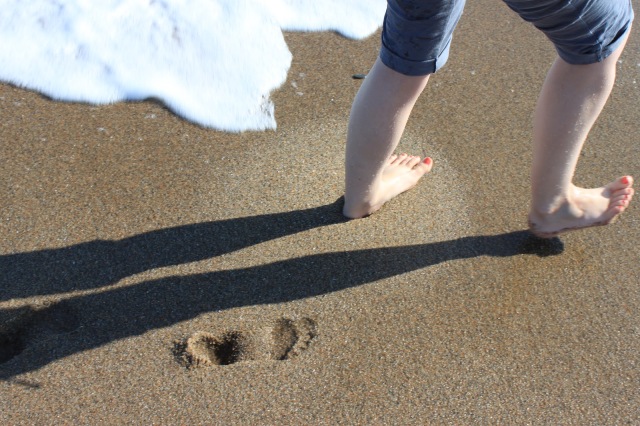 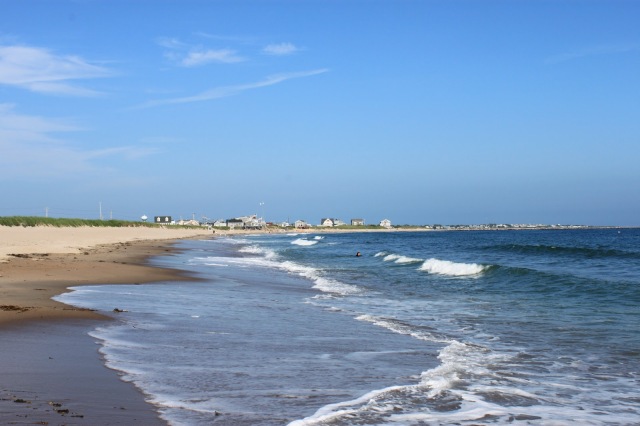 But no more. This summer, it’s going to be all about the beach. As soon as the weather warms up.

And in the meantime, I’ll just stare longingly at these photos that I took down in Matunuck last June, on my birthday trip to the beach with Josh and my sister. 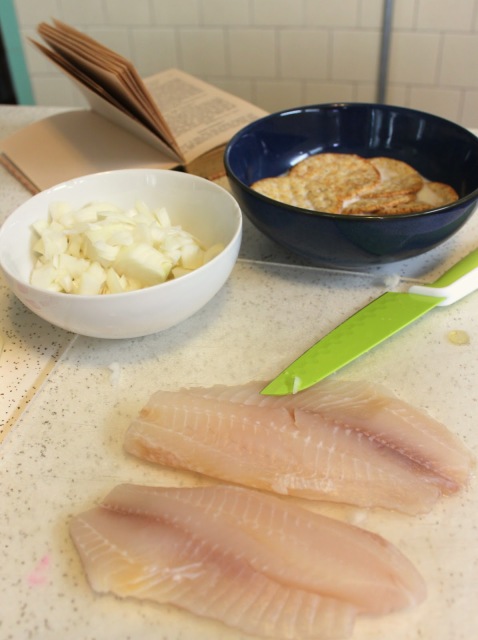 This is one of the better Williamsburg dishes, friends. And so deceptively simple. You chop up some onion, parboil some salt pork (it’s back!), soak some crackers in milk to soften them up. In a small dutch oven, you layer slices of firm white fish on top of the salt pork, and sprinkle the onion and mashed crackers on top. Cover with crisp white wine and water, and simmer for 40 minutes. You can thicken the gravy if you’d like–the recipe describes this as more of a fish dish with gravy than as the thick stew we’ve come to know as chowder–but you don’t have to. It tastes delicious all the same. Redolent of the sea and scented with wine, it’s just the warming meal to eat on a chilly June afternoon while you wish for summer to actually get here.

Now I’m off to grade some history exams. And perhaps have another bowl of chowder. 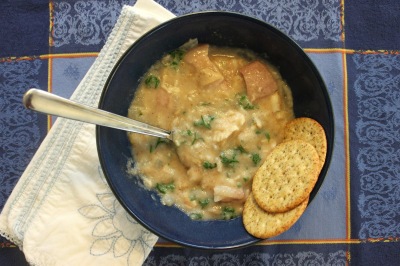 Fish Chowder
(adapted from The Williamsburg Art of Cookery)

Set the crackers in a bowl and pour the milk over to cover. Set aside.

Fill a small saucepan with water and set over high heat. When the water boils, drop the salt pork into the water and cook until foam forms on top, about 2 minutes.* Pour off the water and scatter the pork pieces around the bottom of a small dutch oven.

Cover the pork with the pieces of fish, and scatter the chopped onion on top. Pour the milk off the wheat crackers and crumble the crackers (they’ll be mushy) on top of the fish mixture. Pour the wine and water on top.

Heat the dutch oven over high heat until the liquid boils, then turn the heat down to low and cover. Simmer for 40 minutes, or until the fish is in pieces and cooked through. Remove the dutch oven from heat, and using a slotted spoon, remove all the fish, pork, and onion from the pot.**

Heat the remaining liquid over high heat and whisk in the flour, butter, and parsley. When the liquid boils, turn off the heat and put the fish, pork, and onion back in the pot. Give it a good stir and serve with more wheat crackers.

* This is my interpretation of the vague instruction “about half boiled,” since parboiling worked out so well before with salt pork.

** This is the other place where I made up my own instructions–apparently the fish should still be in one piece, but that was not the case for me. Perhaps that’s because I used tilapia, which isn’t the firmest fish in the sea.