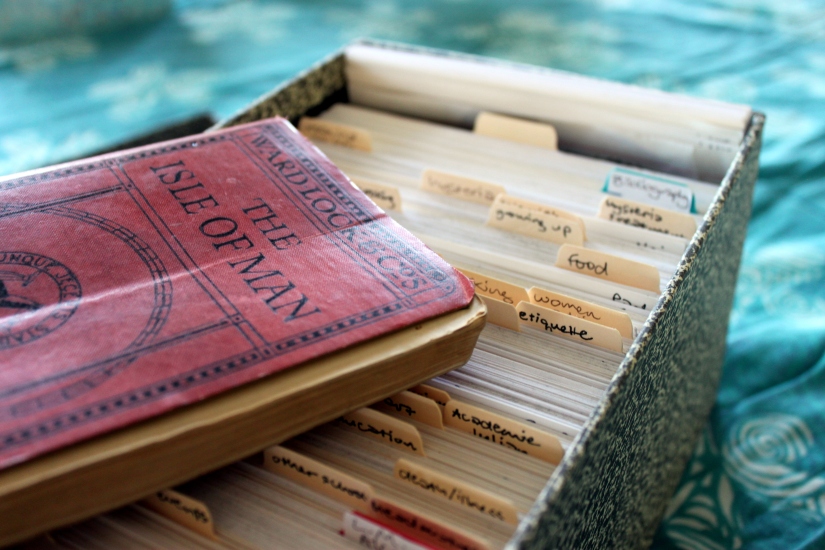 Thank you for all your kind thoughts and wishes about my previous post. I’m thrilled to be moving on to the next stage in my writing adventure.

After I finalized things with Laura, I took one last swing through revision-land with my project. This time it was solely to focus on historical accuracy: checking the details I’d thrown in there because they sounded right, plotting out characters’ journeys on actual maps, and digging through a ton of digitized newspapers from the 19th century. I rediscovered my love for historical research, and confirmed that not everyone is as enthralled by the workings of Cleveland street cars from 1883 as I am. (But the bell punch was such an important way for conductors to count their passengers!)

And then I did the thing I’d been putting off for a while. I double-checked my translations of Manx Gaelic.

My actual great-great-grandmother, the one whose life the book is based on, grew up in a Manx immigrant family. Family members occasionally wrote letters to each other in Manx, a language that originated on the Isle of Man. This is a self-governing dependency of the British Crown located in the Irish Sea, as well as the homeland of the Manx cat (the tailless one). When I was writing the book, I wanted to give a sense of how this fictional-based-on-real-life family might have interacted, so I threw in some Manx phrases. But it got more complicated than I was expecting.

See, the Manx language is not widely spoken. The last native speaker died in 1974, and at one point, UNESCO listed it as officially a dead language. (The dramatic decline–from the 1890s, when Manx descendants were still speaking it occasionally in America, to the 1990s, when it was declared “dead’–is astounding.) But in the last twenty years the Manx government has poured tons of support into teaching children the language in school, and there’s been a resurgence.

All this means that it was pretty difficult to find a dictionary (everything I found was online), and even harder to figure out what I wanted my characters to say. There may have been some long nights trying to find passages in the Manx-language Book of Common Prayer…maybe. I’m stubbornly independent when it comes to research, and I wanted to try to do everything myself. Which, yes, meant I cobbled together stuff from an 18th-century text.

For my final check, though, I wanted to be sure. So I bucked up and emailed the most official-sounding person I could find, the Manx Language Officer for the main language program. I read over my email a dozen times, made sure I sounded as not-crazy as possible, and hit send.

The Manx Language Officer was as kind as could be. Within a few days I had every phrase and sentence I needed, plus others in case I wanted variety. In fact, this was the easiest part of my whole fact-checking revision, unlike trying dozens of search terms in the digitized newspaper collection.

The lesson? Don’t be afraid to ask experts for help. Especially when it comes to research. I only wish I’d known that before I tried to give myself a crash course in a once-dead language.

9 thoughts on “The Kindness of Strangers”