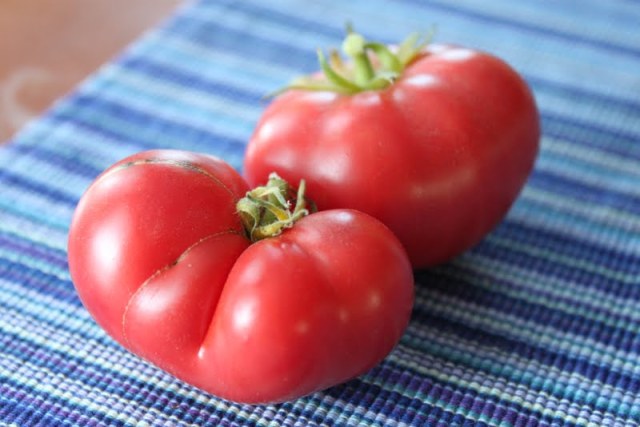 It’s been a while since the last update from the garden. Unfortunately, in between moving and travel, the poor tomatoes and peas had a rough transition. Those big green tomatoes I planned on harvesting? The squirrels at my new place have a fondness for them. While I waited for each tomato to ripen, the squirrels got impatient and helped themselves.

(The worst part was how the squirrels would carefully remove each tomato from the vine, take a big bite, and then leave the now-rotting tomato on the balcony to taunt me. Now I know why my dad has a book called Outwitting Squirrels.)

But somehow I managed to salvage two tomatoes, which now sit on the kitchen table waiting to be enjoyed. They’re small and misshapen, not the giant fruits I’d hoped for. But they’re red and they smell fresh and ripe…so I’ll take them.