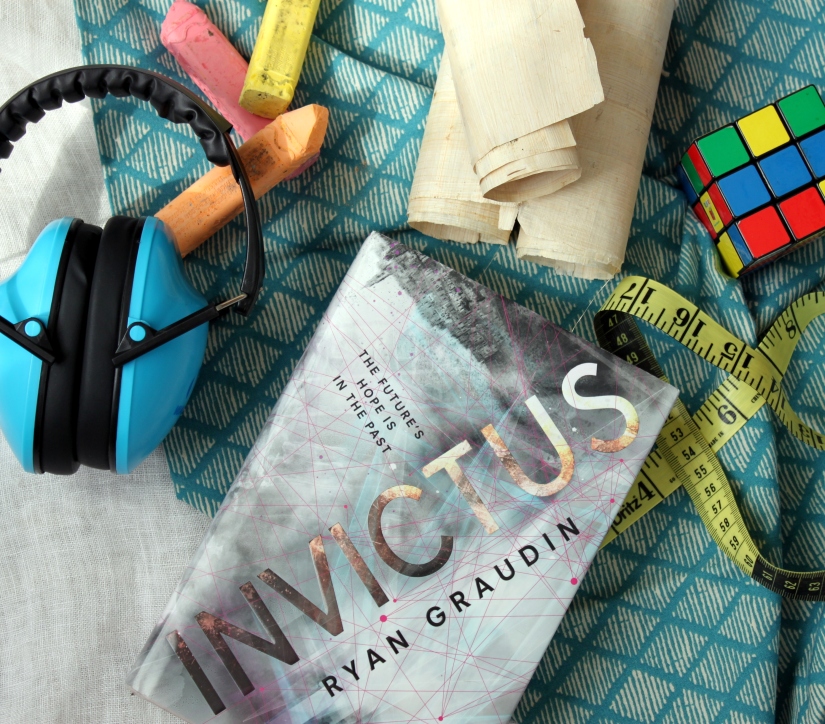 Farway Gaius McCarthy was born outside of time. The son of a time traveler from 2354 AD and a gladiator living in ancient Rome, Far’s very existence defies the laws of nature. All he’s ever wanted was to explore history for himself, but after failing his entrance exam into the government program, Far will have to settle for a position on the black market-captaining a time-traveling crew to steal valuables from the past.

During a routine heist on the sinking Titanic, Far meets a mysterious girl named Eliot who always seems to be one step ahead of him. Eliot has secrets–big ones–that will affect Far’s life from beginning to end. Armed with the knowledge that history is not as steady as it seems, she will lead Far and his team on a race through time to set things right before the clock runs out. 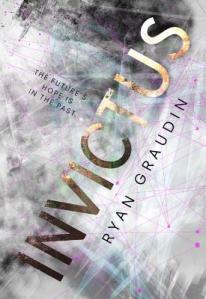 I used to think I hated time travel stories. Wondering how the time traveler’s actions would affect the past stressed me out way more than it should have. Maybe this was due to watching Back to the Future when I was an over-empathetic middle schooler with ALL THE FEELINGS, and seeing Marty’s siblings disappear from a photo really freaked me out. Or maybe it’s because for so long I’ve been a history purist, trying to recreate the past by cooking my way through 19th century cookbooks, and the very idea of time travel just didn’t compute with my educational training.

Well, apparently I like time travel now. Exhibit A: my glowing review of Alexandra Bracken’s Passenger. Exhibit B: my squeals of pure joy when I read the description for Ryan Graudin’s Invictus. It’s pitched as Firefly meets Doctor Who, and although I’ve held out on Doctor Who so far, the idea of a time-traveling history pirate was just WAY too good to pass up.

Born in between eras to a time traveler from 2354 AD, Far knows he’s meant to spend his life in the past. Appropriately disguised and guided by a historian, he’ll infiltrate historical moments in order to record them as datastreams for future study. But when he fails his final exam, his only option is to join the black market. Together with an enchantingly quirky team of friends, Far steals historical artifacts and food (like real honey and chocolate) for wealthy buyers. Then a fellow time traveler named Eliot fouls up his mission on the Titanic, and Far just manages to escape before the ship goes down. But that’s the least of his problems. Something dangerous is rippling through time, and Eliot knows much more than she’s saying. Together with his indomitable crew, Far and Eliot set off on a journey through the centuries to stop whatever’s coming before it destroys them all.

From the beginning, I felt an immediate connection to Far because of how he views the past. It’s not enough for him to listen to stories, watch datastreams, and move through hologram replications of historical eras. No, Far wants “to meet history face-to-face…to be the blood in its veins.” He wants to be in the past. And maybe this is the nerdiest thing I’ve ever said on this blog, but I completely and fully identified with that feeling. No matter how much I learn about pre-vaccine diseases or a horrific lack of equality in past eras, it doesn’t destroy that deep-down gut feeling that I want to be in the past, too.

Because they actually experience the past, Far and his team also experience the heartbreak of knowing what’s going to happen. As they figure out how to deal with Eliot, their ship hovers above the sinking Titanic, and they can’t help hearing the sounds of the doomed liner’s orchestra:

Here: hovering above the song of the dying. Most time travelers Priya knew preferred to say already dead, as if the inevitability of the tragedies they encountered made them less tragic. Her Medic training couldn’t write off a life so easily. How many people were about to freeze to death down there? How many children? It hurt even more to think of these numbers, these lives, when the Invictus hovered a mere thirty meters away.

Again, nerd alert: the more I learn about epically tragic events, like Titanic or the Trail of Tears or even the closer-to-home Cleveland Clinic fire of 1929, the more deeply I feel their weight. Of course, I’ll never truly experience the pain of these losses like someone who experienced them firsthand, or like a close relative hearing about those tragedies from a survivor. But learning about the individual lives affected by those events still gives me a deeper feeling of empathy.

Graudin’s narration displays a reverence for the past in a way that recognizes the challenges and joys of studying history while never excusing the abuses and evil actions of past individuals. Before Far and his team travel to 48 BC Alexandria, Historian Imogen bemoans the difficulties of preparing to visit a year in which most of the primary source material was destroyed by someone held up as a hero:

Sure, Julius Caesar wrote a firsthand account of the fires he set to his enemy’s ships in Alexandria’s harbor, but even that was vague, stopping at the very flammable docks before the library’s destruction could be pinned on him. It was a frustrating endeavor–depending on the fallible accounts of victors to create a portrait of past events.

History is problematic, to be sure. What we know depends on unreliable, flawed source material, and even fictional time travelers struggle with this issue. Even with the most advanced science-magic technology available–basically recording video streams of things that have already happened–the time travelers of Far’s world struggle to remain impartial, to stay in the shadows as observers. And with so many years, places, and people to visit, it’s virtually impossible to go back to the past completely.

“History could not be collected, and yet they kept collecting,” muses Eliot. Why?

Maybe it’s due to all those aspects I mentioned above. Wanting to be in the past. Empathizing with long-dead people no matter how much you try to stay unbiased. Looking to the past for lessons, for heroes, for villains.

Invictus is a damn good adventure with superb world-building. But at its core, it’s a meditation on the nature and meaning of history, and this is what cemented the book’s status as a top read for me this year.