In our family, February and March are the maple syrup months. Temperatures dip to freezing at night and warm up during the day, so the sap runs easily from the trees. Evenings are spent out in the sugar shed, boiling sap down to golden syrup in a gas-heated evaporator. On weekends, we enjoy pancakes with maple syrup fresh from boiling. 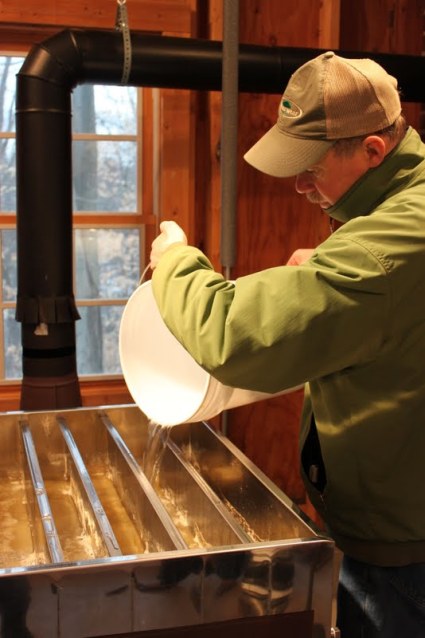 My parents started this grand maple sugaring experiment the year I was born. Initially it was a small operation: one or two taps in the trees, yielding just enough sap to boil on the stove. My dad reminisces wryly about the time he forgot the sap on the stove while he was painting the nursery, and the pot boiled over into a sticky, burnt mess. Since then the project has slowly grown. My dad transitioned to a secondhand evaporator (a channeled metal container that heats up the sap evenly), and we invited my first-grade class over on a field trip. (Fifteen little first-graders standing very close to a hot metal evaporator…there was at least one melted winter jacket.) We helped tap trees and ate cornbread with fresh maple syrup. 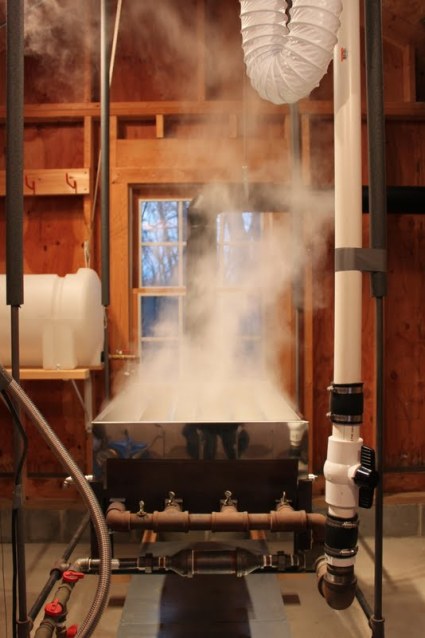 After we moved to a new house, the improvements continued: refined heating apparatuses, a new evaporator, special sets of plastic bags to collect the sap. We’ve visited bigger farms during Maple Madness, Northeast Ohio’s maple sugaring festival (yes, it’s that big here). We’ve seen a huge farm that collects sap via plastic tubing, with special machines that jump-start the boiling process; we’ve shyly toured an Amish operation that heats entirely with wood. There are so many options for processing sap, and yet there’s nothing I love more than our own.

Dad’s trying out bright blue polyethylene bags this year. They’re not as scenic as those metal buckets you see in postcards, but they’re much easier to empty. When we’ve collected enough, we hike back to the red sugar shed in the backyard to start boiling. In some ways, this shed is the culmination of this ongoing project: a rustic space set aside just for maple sugaring, warmed by a wood stove. When I was in high school, Dad set up a radio and speakers out in the shed so we could listen to the oldies station and sing along while we watched the sap. I’ve since run off with that radio, but standing around in the quiet listening to the sap boil is perfect in a different way. We have a chance to talk, and sometimes Mom hikes down to take photos, and I get the sense that this is one thing that will never change. 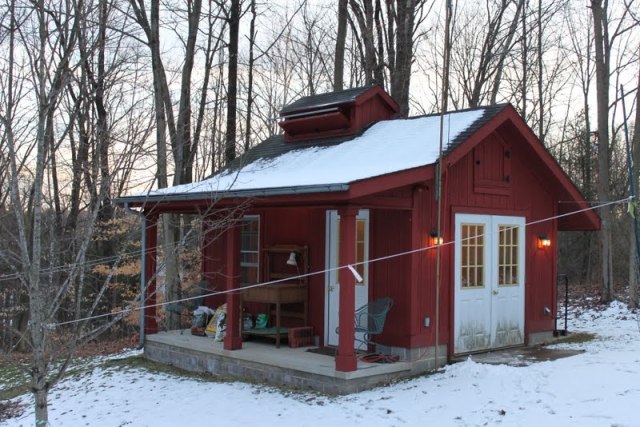